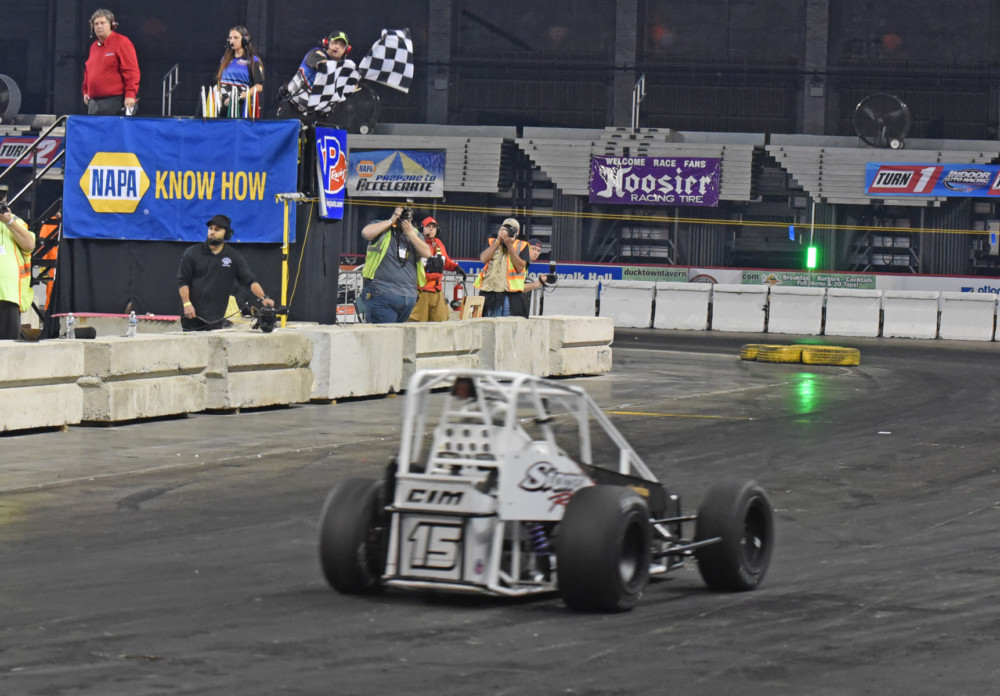 TRENTON, NJ May 8, 2018 . . . The Indoor Auto Racing Series fueled by VP Racing Fuels events promoter Len Sammons has set Friday, January 25 and Saturday, January 26, 2019 as the dates for the 17th running of the NAPA Know How Weekend inside historic Boardwalk Hall in Atlantic City, N.J.

Indoor auto racing inside Atlantic City’s Boardwalk Hall dates back to the late 1930s. Indoor racing was revived for the first time in 1965 and continued through 1981 when, with the advent of casino gambling, racing ceased. Sammons brought the event back to life in 2003.

The lightning fast TQ Midgets will again headline the program which is highlighted by Saturday night’s traditional 40 lap Gambler’s Classic feature event. The quick and agile Champ Karts and the unpredictable and rugged Slingshots will once again be part of the triple header.

“The last weekend in January has been the traditional date for the running of Gambler’s Classic and we are pleased to schedule it there once again for next year,” Sammons said. “It’s the date our drivers and fans have told us year after year that they like.”

“Atlantic City is the anchor for the Indoor Auto Racing Series,” Sammons stated. “We are working on dates for the other events for next season, including the second annual East Coast Dirt Nationals. Look for announcements in the coming weeks as building contracts are finalized.”

Indoor Auto Racing Series 2018 champions were Justin Bonsignore in the TQs, Ross in Champ Karts and Cody Kline in Slingshots.