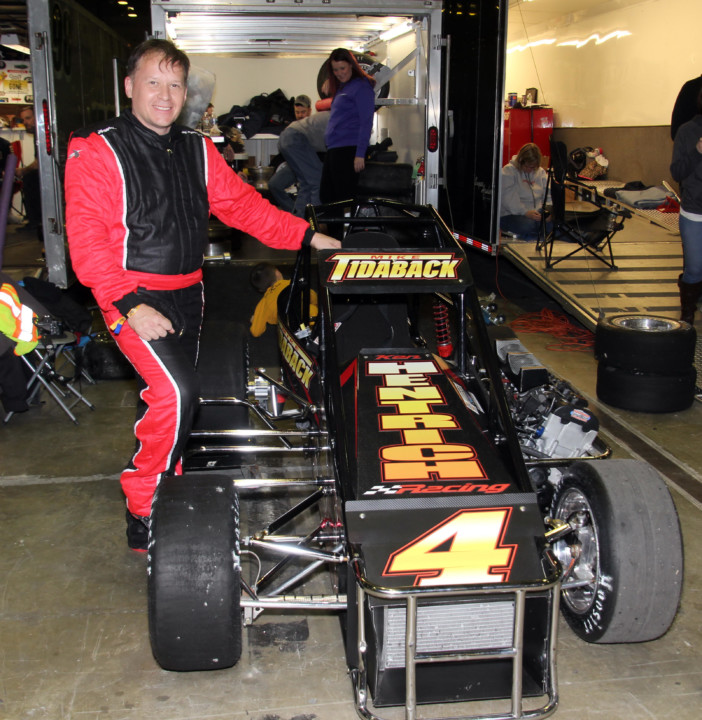 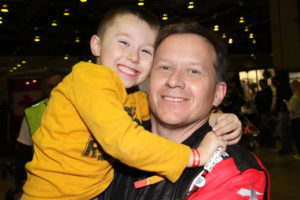 Veteran TQ Midget driver Mike Tidaback remains in critical condition from a head injury, and related complications received in a crash during the events at Boardwalk Hall in Atlantic City on January 26.

On the night of the crash, Tidaback was attended to at the track by the on-site Indoor Auto Racing Series safety team, then transported to the AtlantiCare Regional Medical Center in Atlantic City. He is currently a patient in the Trauma/Critical Care Unit at that facility.

Mike’s wife, Renee, confirmed to AARN the extent of his ongoing physical complications.

“He was unconscious immediately after the accident, then in and out of consciousness that night due to massive bleeding on the brain,” said Renee. “He also suffered blockage in the main artery in the neck that required an operation to clear a blood clot.

“Mike was in a coma, from which he woke up from after two weeks,” she continued. “However, he cannot breathe on his own, and is being assisted by a breathing apparatus; and is paralyzed on the right side. There is still massive bleeding on the brain. He has opened his eyes; but there is limited brain activity. We do not know the full extent at this time.”
Tidaback has always made safety, for himself and fellow racers, a priority.

“He’s a good, clean and safe driver. Mike was always about safety and carefully checked everything over,” reflected Renee.

“That included the car’s setup, before and after each time he went on or off the track to double check. He planned months in advance for this Boardwalk Hall event, with checklists.”

Tidaback has always been a fan favorite in the TQs since beginning his career in the late-1980s at Pine Brook Speedway, with many wins in the years that have followed at his home track Wall Stadium and on the circuit. He was ATQMRA series champion in 1996 and 97, and co-champion with Don Adams in 2005.

In 2008, Tidaback won the Gambler’s Classic A-main at Boardwalk Hall; and was also a winner during the Indoor Series at Niagara Falls in 1999.

This past year, he competed in the Sportsman division at Wall, driving a car that he and Renee fielded.

“Thank you, to everyone in the racing community, for all their thoughts and prayers and support during this difficult time,” said Renee. “Our son Michael “Mikey” watched his dad race and saw the accident… the last time he visited with him was in the emergency room that night. But now, due to restrictions and no kids permitted in the hospital due to the flu outbreak, Mikey is unable to visit him and is having a hard time understanding what has happened.

“I’m there (hospital) as much as I can, to talk to Mike and let him know everyone is pulling for him. Right now, Mike needs prayers. He is very restricted as to visitors, but please send cards and messages and I will read them to him. He needs the encouragement, and to know that the racing family is praying for him.”