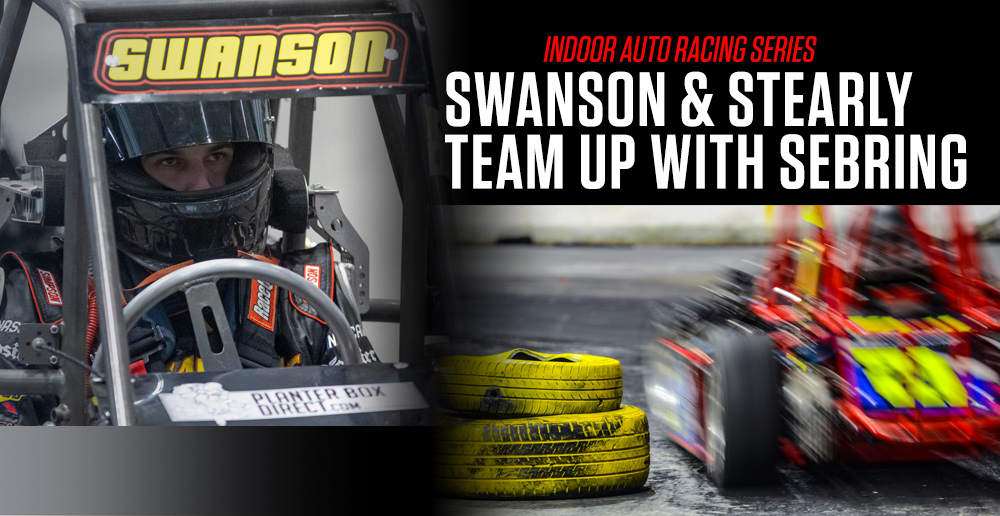 The Indoor Auto Racing series will kick off its 2023 campaign in Allentown, PA at the PPL Center on January 6 and 7 with the 7th running of the Ironton Global sponsored events. The TQ Midgets will again headline that event along with the Slingshots and Champ Karts which will run double features at that event. Sebring as a car owner is no stranger to Indoor Auto Racing circles.

In the past, he has had Bobby Holmes and Marc Johnson behind the wheel of his cars. His TQs are well known as top shelf pieces. “There were a lot of different guys who had called driving my cars,” Sebring shared.

In Stearly, Sebring has a proven winner indoors, though not in a TQ Midget. Rather Stearly is a two-time winner in Champ Kart indoor action, taking wins in Atlantic City back to back in 2019 and 2020. Stearly and Sebring raced together for the first time last year, but the pair failed to qualify.

Swanson, who spent the better part of three seasons on the NASCAR Whelen Modified Touring Series circuit, also has limited Indoor TQ Midget driving experience. Swanson is known as a young driver who adapts readily and gets the most out of his equipment. Swanson made his Indoor Series start at Syracuse in 2022 in Sebring’s car but failed to transfer to the A-Main.

The Sebring TQs with Stearly and Swanson up also entered in the Atlantic City Gambler’s Classic, the signature event of the Indoor Auto Racing Series. The January 28-29 NAPA KNOW HOW sponsored weekend will feature a first ever “Double Down” schedule, with two main events and two Gambler’s Classic Cup trophies being handed out for the TQ Midgets, one on Friday night and another on Saturday night.

Adding another flair to the weekend and bonus for attendees, will be herald the return of Dirt 600 Micro Sprint racing inside the historic Boardwalk Hall Atlantic City venue for the first time in a decade.