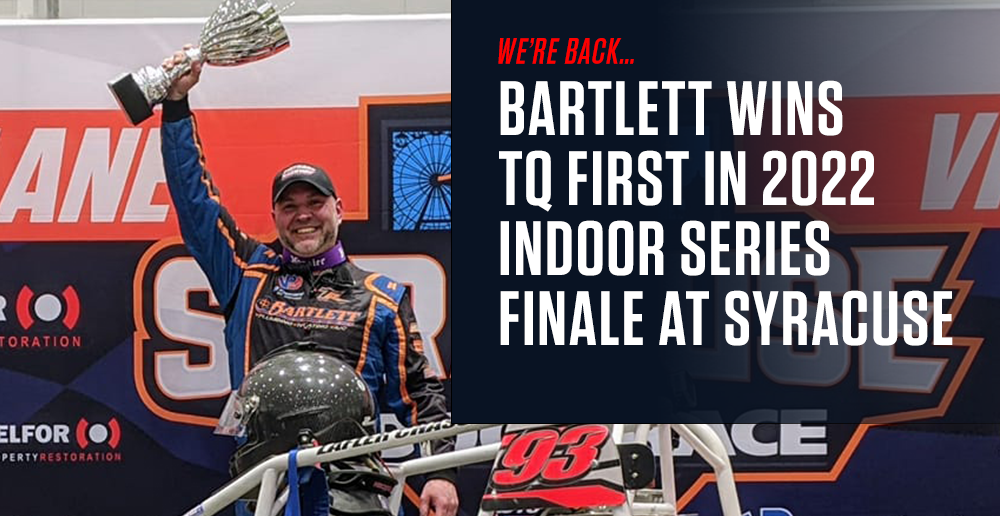 Syracuse, NY (Mar. 12) – Ryan Bartlett of Watertown, NY survived a late collision with challenger Andy Jankowiak then held off Anthony Sesely, who had been leading the feature until having a fuel line problems forced him to make repairs, and Scott Kreutter.

“I came here this weekend thinking I would have been happy with a tenth place finish,” Bartlett quipped. “I have been running these races for a long time and have probably not qualified for the feature as often as made it. The car was good, the track was challenging.”

Bartlett and Jankowiak tangled with three laps left, with Jankowiak flipping, only to land back on his wheels and continue racing on the restart. 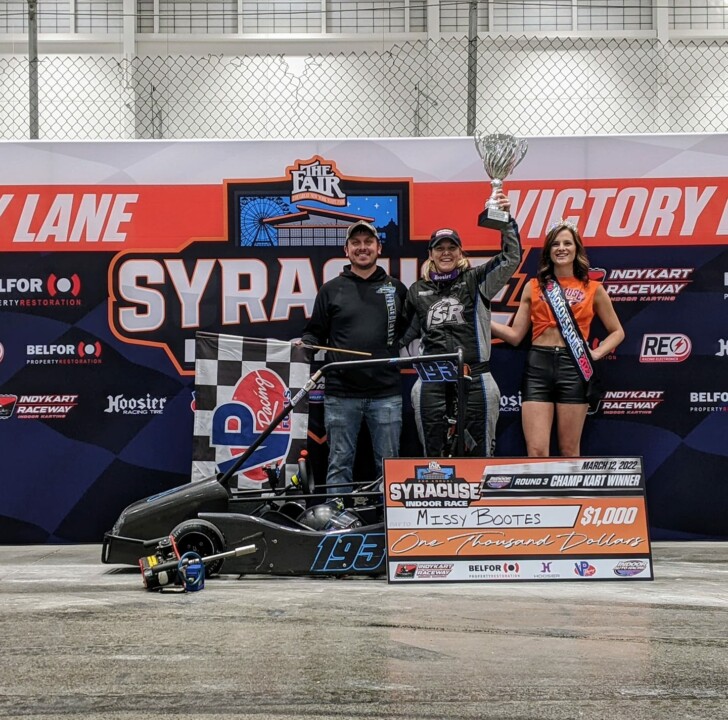 Missy Bootes of Carlisle, PA took advantage of a late-race scramble that sent leader Dan Marsden into the outside wall and opened the door for her to pass Mike Perry for the lead half a lap into the resumption of the race to prevail. Bootes, a veteran Champ Kart racer, became the first female winner of an Indoor Auto Racing Series race. 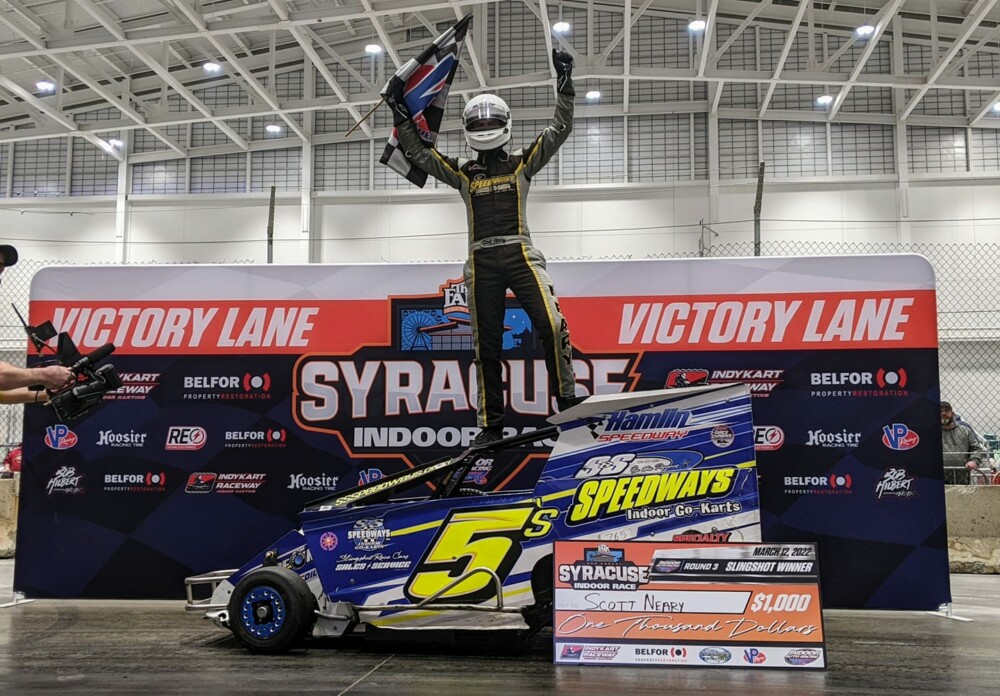 Four TQ Midget Qualifiers, each ten laps in length, and transferring the top two finishers to the A-Main, led off the night. Tyler Lindsay won the first over Tyler Wagner, Joey Bailey the second ahead of Matt Swanson, Bobby Holmes the third over Mike Christopher, Jr., and Bobby Holmes besting Jeremy Haudricourt in the fourth. The first three races ran non-stop; the fourth was slowed only twice by caution flags.

A 5-lap TQ Dash, among the nine drivers who had qualified for the first three rows in the lineup in Friday racing, was won by Tommy Catalano over Anthony Sesely and Shawn Nye.

A 12-lap Champ Kart B Main was won by James Shutts.

Matt Janisch, who crashed Friday night in the third TQ Midget Triple Twenty Qualifier, did not compete in the Saturday night program. Janisch is the car owner of the No. 48 TQ that was driven by Briggs Danner over the race weekend.  He was, however, at the track spectating.