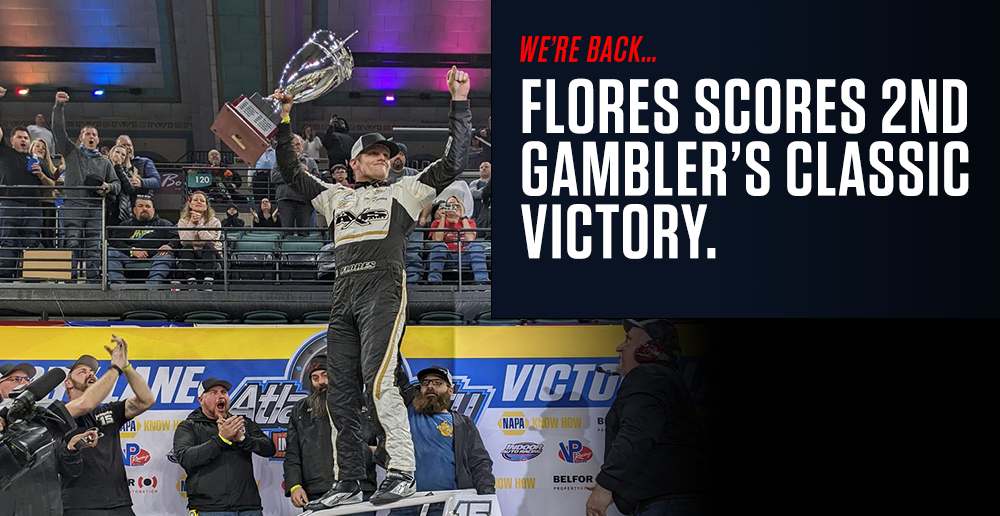 Atlantic City, NJ (Sat.) –  Ryan Flores took advantage of a crash 25 laps into the TQ Midget NAPA KNOW HOW Gambler’s Classic 40-lap feature Saturday night that took out leaders Erick Rudolph and Andy Jankowiak, then held off a late-race bid on the final lap of the race by Tim Buckwalter to win his second straight Indoor Auto Racing Series win of 2022 and his second career Gambler’s Classic. Flores’ first Classic win was in 2018. 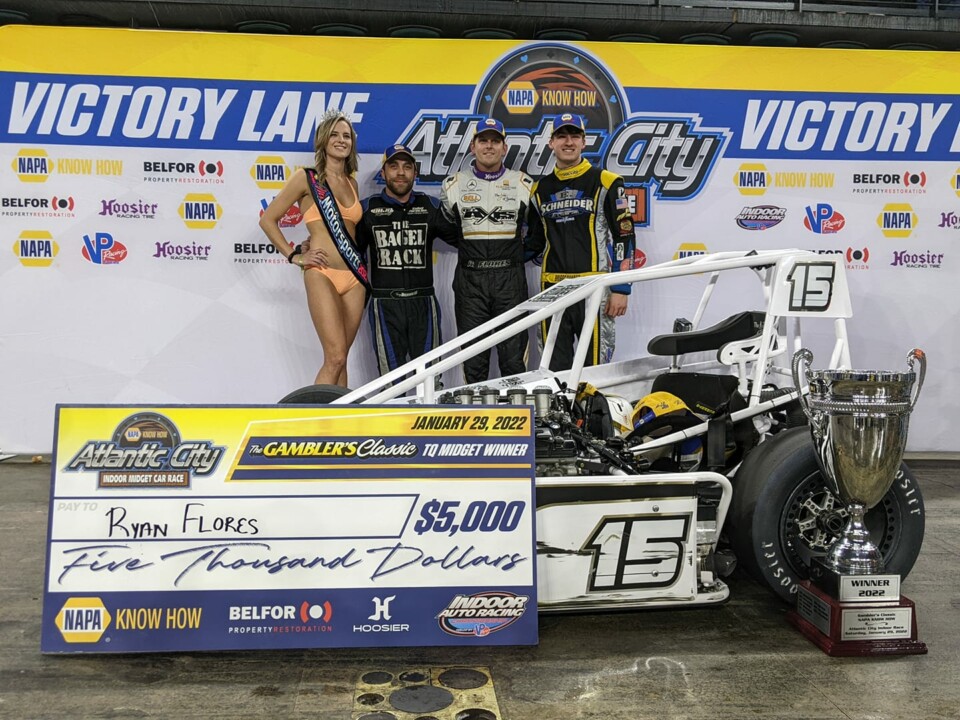 Flores was running third behind the two leaders when a battle for the top spot ended with Jankowiak and Rudolph spinning. Rudolph, who stopped, restarted at the back of the field while Jankowiak, who did not, was penalized and sent to the rear for his role in the accident

That opened the door for Flores who still had to fend off challenges from Tim Buckwalter, Briggs Danner, Matt Janisch, and Rudolph who completed the top five.  Janisch’s march from 25th at the start earned him Hard Charger recognition in the race. 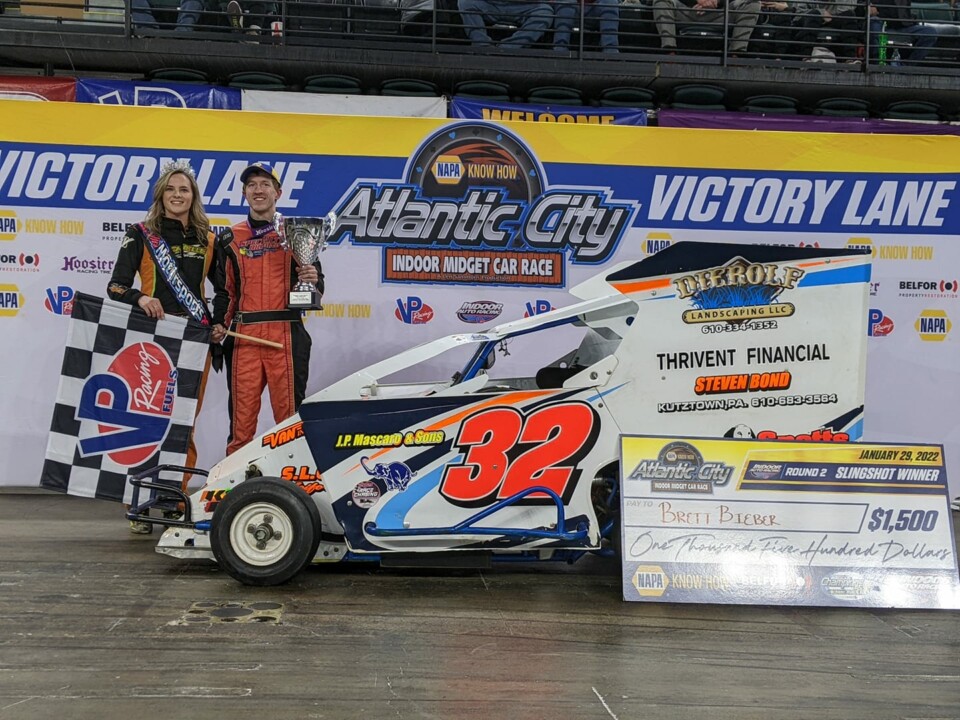 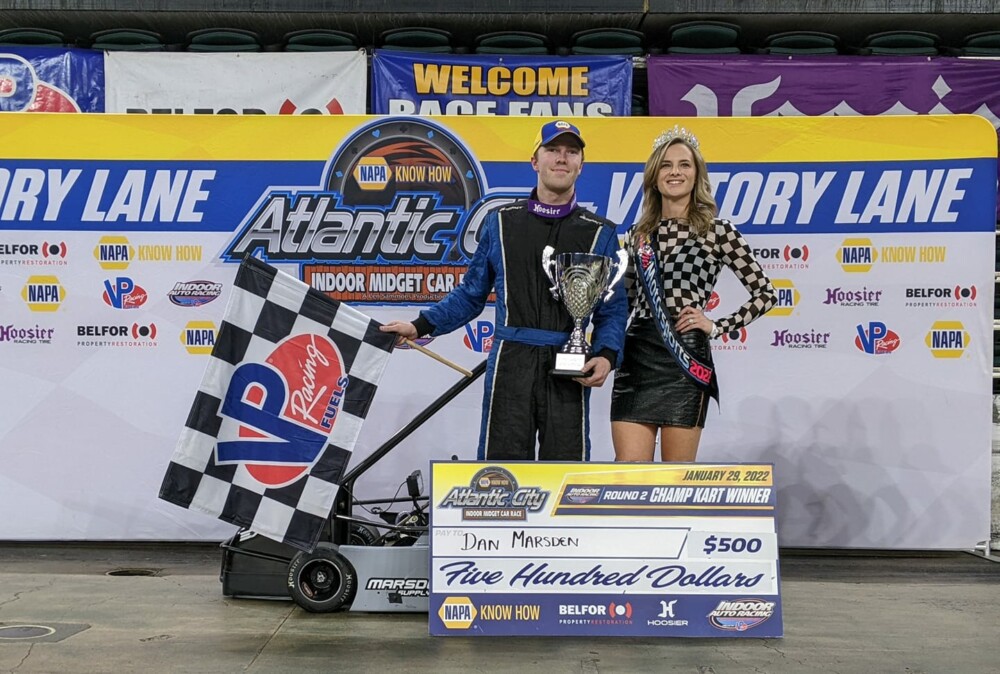 The Indoor Auto Racing series now moves to its finale on Friday and Saturday, March 11-12, 2022 in Syracuse, NY. Series champions in all three classes will be named after the events.

The Boardwalk Hall events were run off as scheduled with a large and enthusiastic crowd on hand despite a winter storm that made travel difficult.