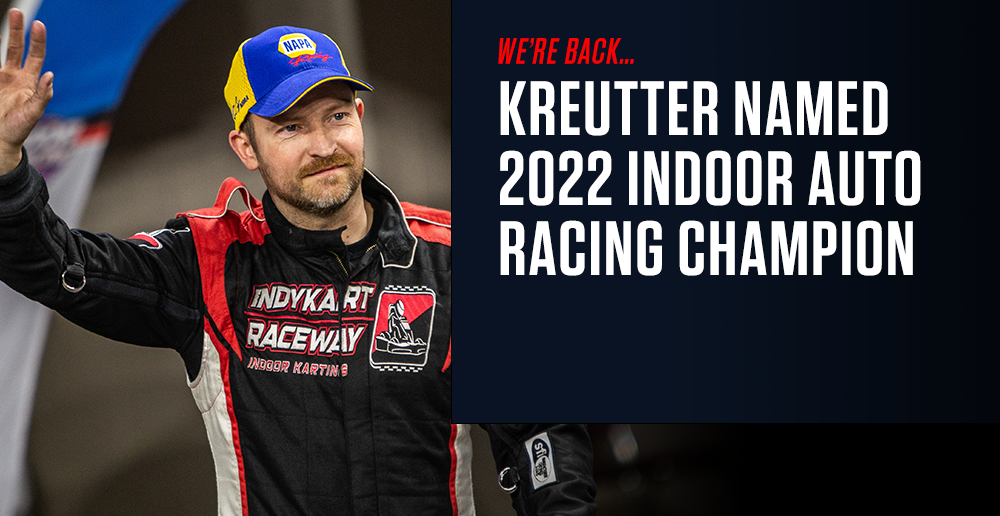 Syracuse, NY (March 12, 2022) — With a third-place finish in the final round of the Indoor Auto Racing Championship Fueled by VP Racing Fuels, Cowlesville, NY’s Scott Kreutter picks up the 2022 TQ Midget series title. 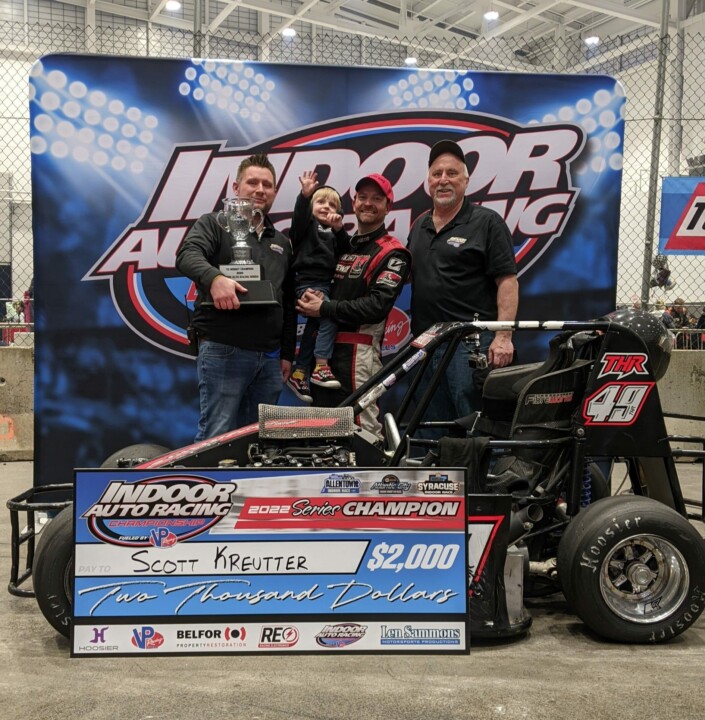 Kreutter’s final point tally was only three points more than Tim Buckwalter, who took the point lead after the Atlantic City Indoor Race.

Kreutter noted that the trophy, the Ted Christopher Memorial Cup, was particularly meaningful to him since the car he drove was the same one Christopher drove to victory in his final Series race prior to his untimely passing. 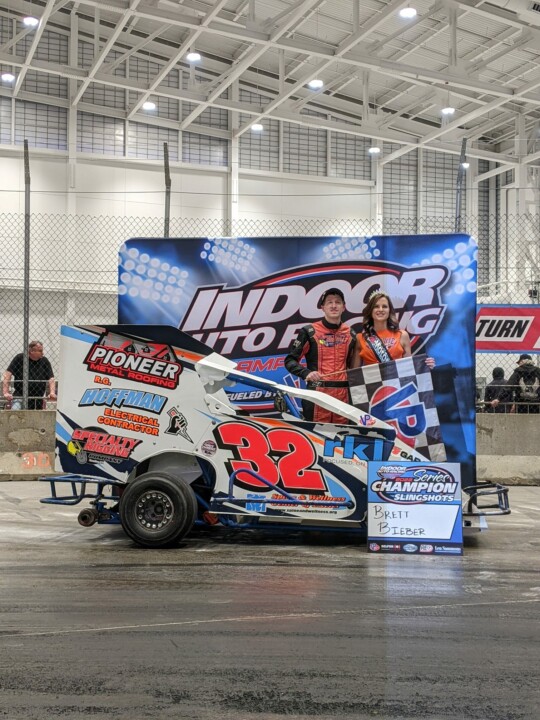 Brett Bieber claimed the Action Track USA Slingshot Series Championship with 285 points.  Scott Neary was second in the Slingshot points standings tied with Jared Silfee, both at a 270 point total. 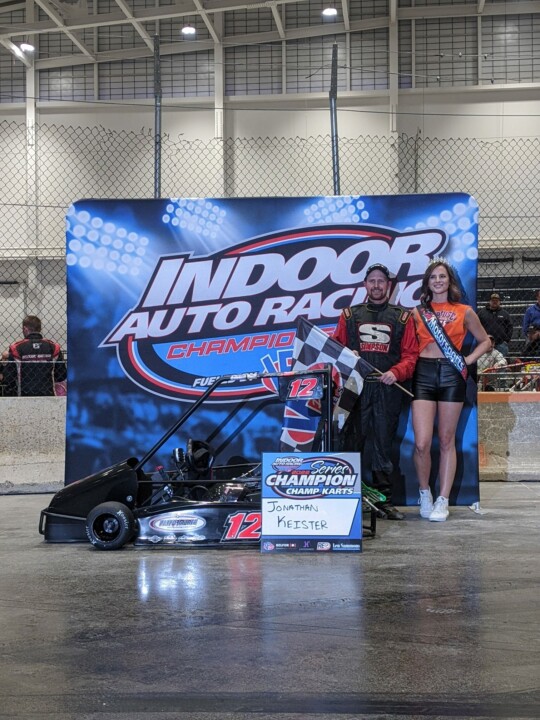 Jonathan Keister was the Champ Kart Series Champion with 265 points.