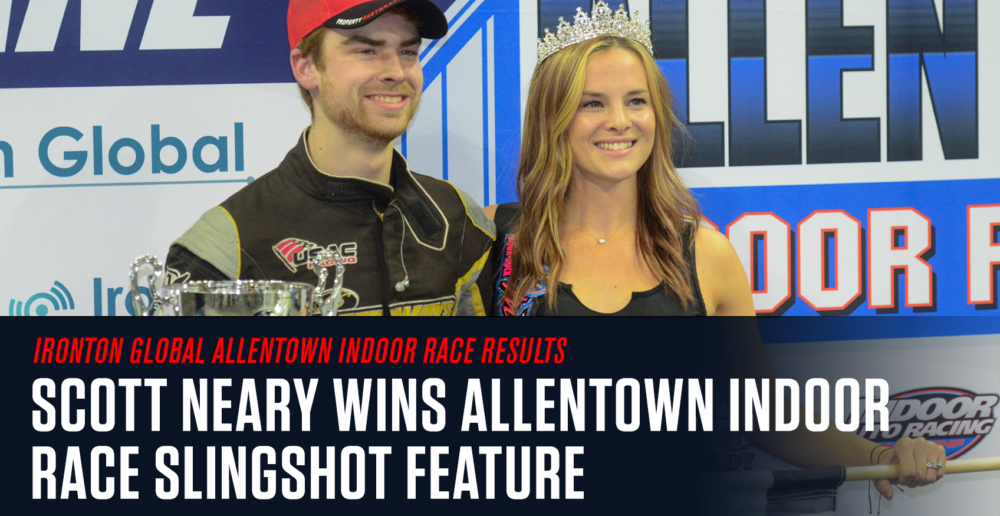 Scott Neary, who had finished second in Friday’s Slingshot feature, won the Future Homes 20-lap Slingshot headliner Saturday.  The win was Neary’s third career Slingshot win in the Indoor Auto Racing Series and it marked the 16th for Randy Smith, his car owner.

“This was all about the car,” said Neary who has raced for Smith for the past six years. “It handled as well on the first lap as it did on the last one.”

The car emitted sparks from its left rear corner in the final five laps but Neary was undeterred in his victory mission. John Redner was ever present on Neary’s rear end for most of the race and settled for second. Neary’s teammate Chris Kurtz ran in the top three for a good portion of the race but was eliminated in a late race tangle. Michael Lapicki, Cody Kline and Ryan Raidline completed the top five.