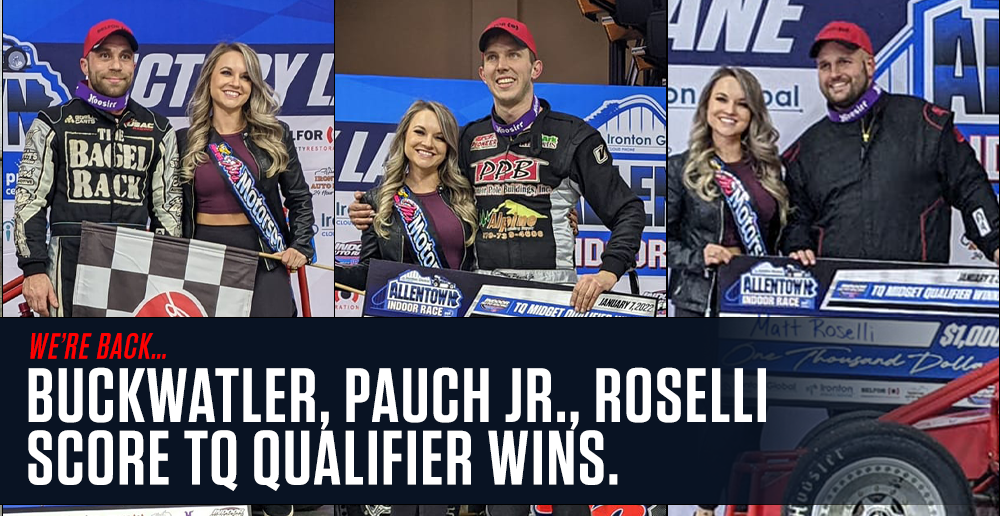 In the first Qualifier, Buckwalter, driving a car owned by Dave Pippard and Mark Lafler, outran Tommy Catalano, and Andy Jankowiak, who earlier in the afternoon had set the fastest time at 7.947 from among 43 entries.

Billy Pauch, Jr., who was making just his third career TQ Midget start, was a surprise winner in the second Qualifier, driving a TQ owned by Jason Simmons. The team had been formed just a week earlier. Ryan Flores, the winningest TQ feature in Allentown racing history, was second and Tim Iulg was a fast-closing third. 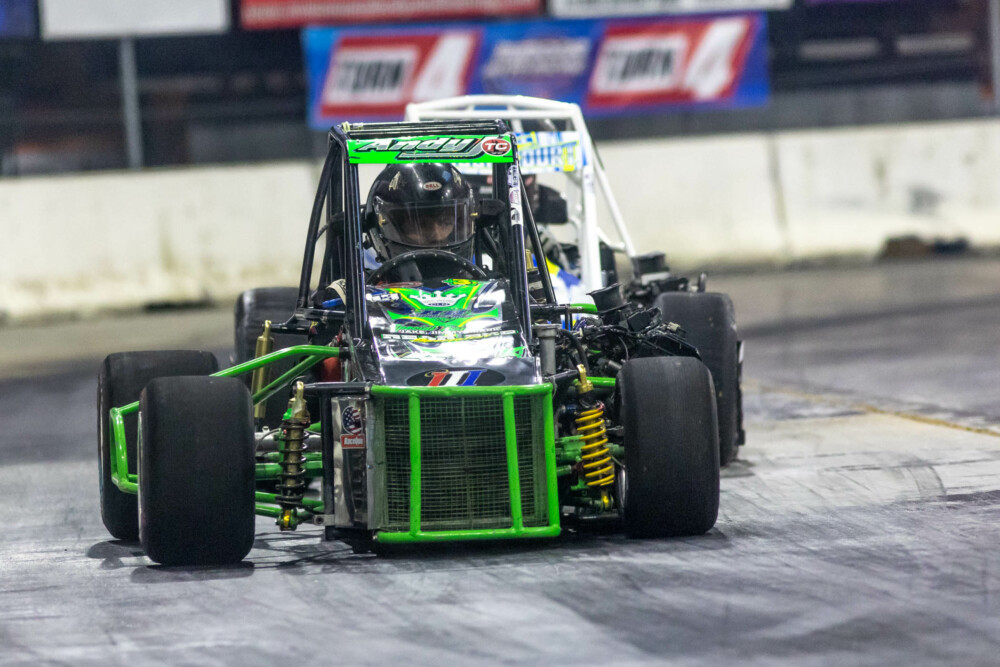 Earlier in the busy event card, three 10-lap TQ heat races, for drivers who were outside the top 12 in time trials, were won by Mike Christopher, Jr., Shawn Nye, and Anthony Sesely.

On Saturday, doors open and Fan Fest begins at 5 PM with racing starting at 7:00 PM sharp. The on-track Fan Fest is available at no extra charge to ticket holders who chose the option when making their purchase.

Good seats for Saturday night’s racing are still available. To order online visit www.pplcenter.com . Tickets may also be purchased in person at the arena box office, which opens at 12 noon.

With drivers from nine states and Canada represented among the 100-plus entries in three divisions for the sixth edition of the event, those who cannot travel to Allentown, Pa. this weekend can now watch the action at home.

DTD-TV is offering Saturday night’s action as part of a package deal for $39.99 by going directly to DirtTrackDigest.TV or a link available at indoorautoracing.com.