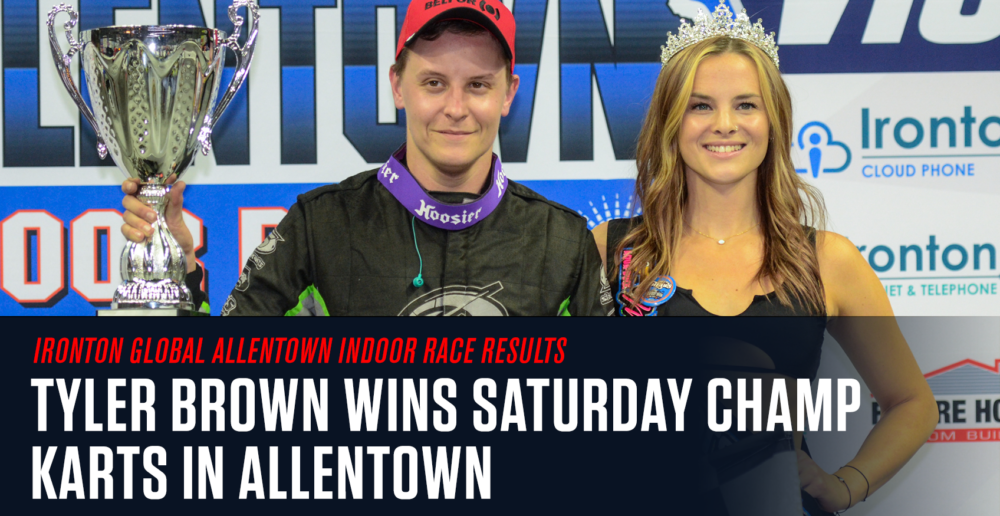 Tyler Brown made a quick couple of moves in the early laps of the Future Homes 20-lap Champ Kart A Main to gain the lead, with Missy Bootes and Jon Keister following closely behind. The front runners were nose to tail until they encountered lapped traffic shortly after the halfway mark and that’s when the feature tightened up. Keister passed Bootes to move up with five laps left and Chris Daley came from way behind to work his way into a third-place finish. Bootes settled for fourth, Chase Keister ran fifth..

“I knew that the only way to win a race against this caliber of drivers was to get the lead as soon as I could,” Brown, who started third, said. “I was also lucky that I had some breathing room the first time I got into lapped traffic. Once I worked through it, I held my line and counted down the laps.”

The Champ Kart B Main was won by  Dan Kapuscinski  and  Cody Bleau raced to the Slingshot B Main victory.