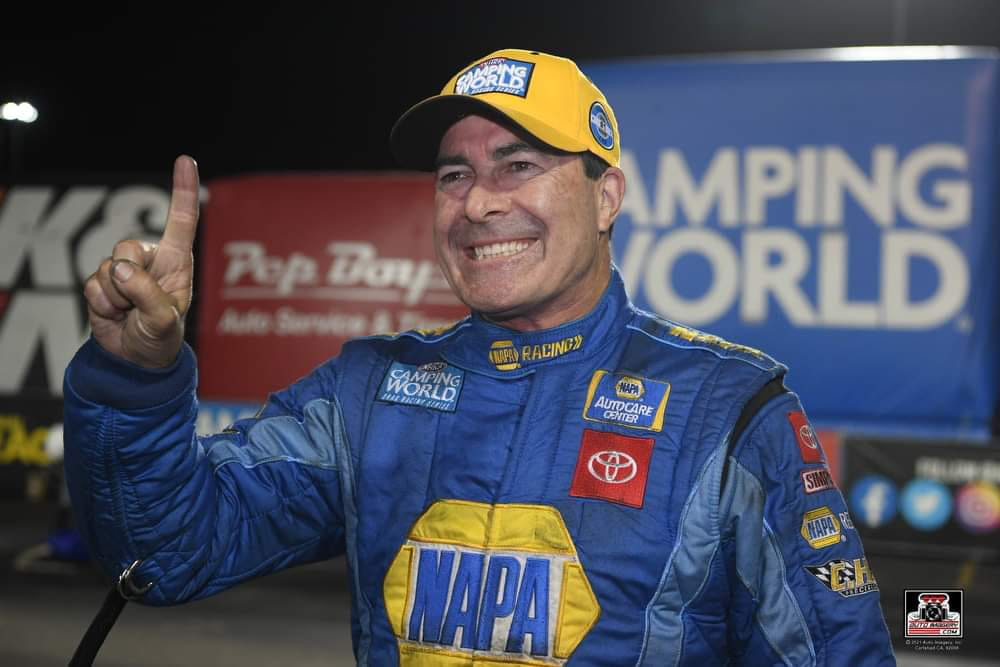 Capps will greet fans and sign autographs during pre-race Fan Fest being held prior to the second night of racing, Saturday night January 28th. The San Luis Obispo, CA drag racer will be available when the doors open at 5:15 through the conclusion of Fan Fest at at 6:15.

Capps was the NHRA title winning car owner as well as the driver last season. Racing for 28 years, Capps is the second winningest Funny Car driver in NHRA history. The title was the third for Capps driving a NAPA sponsored Funny Car.

While Capps. who has been at the Atlantic City event several times in conjunction with NAPA AUTO PARTS, enjoys the competition and camaraderie, he has nevertheless resisted the temptation to compete in race cars that turn left four times a lap.

This year’s NAPA AUTO PARTS Weekend will provide thousands of spectators with two complete TQ Midget programs – a “Double Down” schedule – one on Friday, Jan. 27 and a second on Saturday, Jan. 28. To make up for a Covid-19 cancellation in 2021, two complete Gambler’s Classics will be run. That will include two sets of time trials, heats,  and ‘alphabet main events’ that will select two different starting fields for the 40 lap A Main each night.

The Atlantic City races will be run for the 20th consecutive year under Len Sammons Productions and past winners will be celebrated.

Sesely, a three-time Gambler’s Classic winner, enters this year’s event as a the pre-race favorite. Flores, formerly from N.J. before moving south to work full-time for Roger Penske’s NASCAR Cup team, will be seeking his second victory inside historic Boardwalk Hall.

Anyone who cannot attend the events, can watch them via PPV on DirtTrackDigestTV.