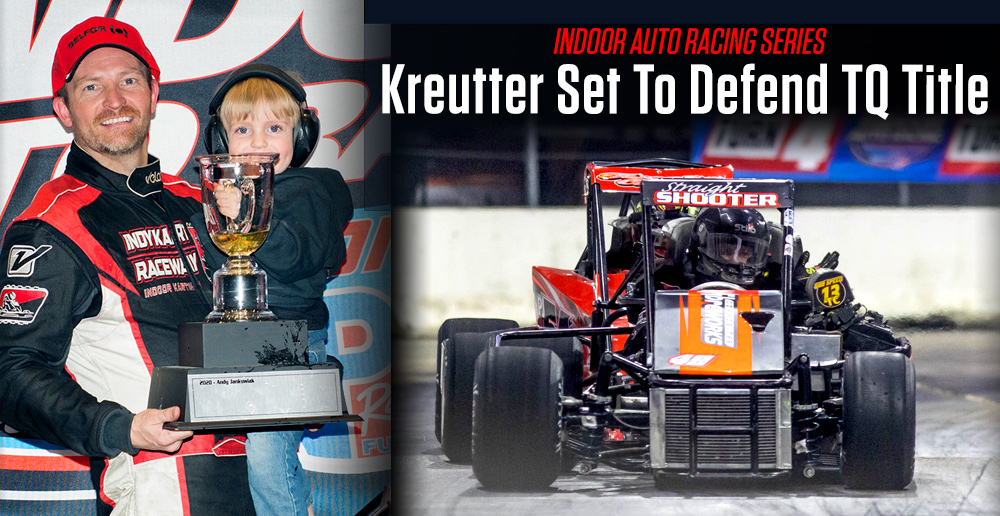 Scott Kreutter, ‘The Straight Shooter’, To Begin Pursuit Of Second

The “Straight Shooter”, however, is not expected to find any easy path to a second championship behind the wheel of the Trey Hoddick No. 49.

Kreutter, Cowlesville, N.Y., clinched his first series championship by a mere three points over Tim Buckwalter. In a position to clinch the title in Syracuse, N.Y. last March, Buckwalter faded in the final laps and his first ever crown slipped out of his hands. Both Kreutter and Buckwalter will return to Allentown and the Indoor Auto Racing Series in the same cars they wheeled so successfully in the 2022 Indoor Series events.

On Friday night, the TQ Midgets will compete in three A-Qualifier main events, with the top three in each event locking themselves into the Saturday’s main event and the Dash. The winner of each of these races will now receive $1,000, thanks to Ironton Auto Body.

Saturday’s events, sponsored by Future Homes, finds all but the top three finishers in Friday’s Qualifiers lining up in heats and consolation races that fill out the starting field for the 40-lap finale. The top nine drivers from Friday, will compete in a five lap dash, with $500 and the pole position in the A-Main on the line.

E. Schneider & Son will reward Friday night’s Fast Qualifier with $125. All four of Saturday’s Heat race winners will also pick up $125 thanks to E. Schneider & Sons. Aqua Duck Water Transport will present the ‘You Got Hosed’ Award and $100 to a Hard Luck TQ competitor on both from and Saturday.

The Slingshots and Champ Karts will be action in Allentown running two complete shows with feature events both nights.

After Allentown the series then moves to Atlantic City for the 20th year under Len Sammons Productions. The NAPA KNOW HOW weekend will feature a first ever “Double Down” schedule, with two Gambler’s Classic races for the TQ Midgets being held, one on Friday night and another on Saturday night. The TQ Midgets will be joined by the Dirt 600 Micro Sprints, Slingshots and Champ Karts running a single feature.